A play test of the rules and armies that will be used at Fall In - coming soon at the hangar. Anyone interested, email Chuck.

Several ODMS'ers traveled to Southern Front. Watch for after action reviews, and hear amazing tales at this weeks gaming session (at the Hangar).

More Shako! Some at Lunch (with Steve McCabe) and some in the evening (with Carl).

Gaming blog by Malcontent and Rabble-Rouser, Chuck Turnitsa, has posted a news item related to the Williamsburg Muster. 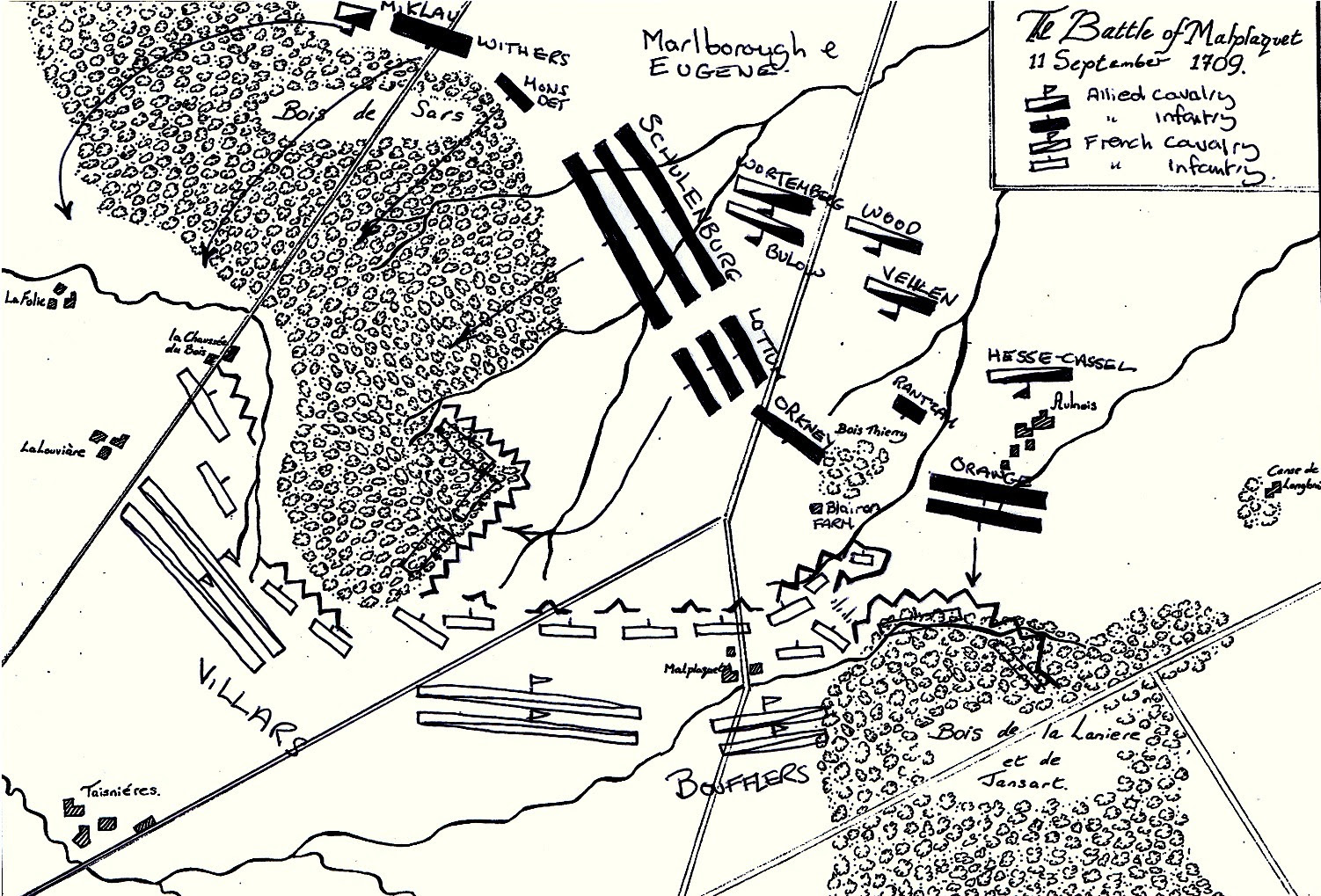 This is an important day in recent history - the terror attack on the United States in 2001 - but it is also an important day in early modern history. This is the anniversary of the Battle of Malplaquet. In 1709, during the war of Spanish Succession, there was a battle between the allied Anglo-Dutch army (of 100,000) under the Duke of Marlborough and Eugene of Savoy, against the French army (of 90,000) under Marshals Villars and Boufflers.

This was Marlborough's last great victory, although the war would drag on for another 5 years. The Allies were besieging the city of Mons, and the French army took up a threatening position at nearby Maplaquet. This forced the Allies to attack. The attack plan called for a double flanking maneuver, which would leave the center weakened, and susceptible to a charge by the Allied Cavalry (numbering some 30,000).

The attack was finally successfuly, and Marlborough won, but not without significant losses. The Allied forces suffered 22,000 killed and wounded, and the French lost about 12,000.

While successful, the price was so high that Marlborough would rather not risk another such encounter. Because of this attitude, he was replaced by Eugene.

Villars went on to defeat Eugene not only at Denain (July 24, 1712), but also went on to capture two allied Cities, to lay the grounds for the 1713 peace.

A very nice history and blow-by-blow of the battle is at Battlefield Anomalies.

The Triangle Simulation Society will be running Southern Front in Raleigh North Carolina.

This is a really fun convention, and the inspiration for Williamsburg Muster.

I went, a number of years ago, when I was living south of Charlotte, and I had a really great time. In fact, some of the best local convention experiences I ever had were in the Carolinas - Southern Front, and Battle of Cowpens.
-chuck

At the Hangar - a game of Shako put on at lunchtime by Steve McCabe.

The launch of the redesigned ODMS website coincides with the posting of the Williamsburg Muster convention news.