All of these will be at the Hanger (except the two conventions) in coming weeks . . . 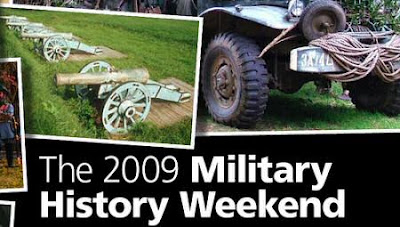 We are pleased to announce the imminent arrival of a new military history show, partly sponsored by Osprey. The Military History Weekend in Williamsburg, Virginia, which runs from October 16-18, 2009, is a chance for you to join us and meet World War II veterans, re-enactors, family history experts and authors to learn more about your military heritage.

Bring your family along too, as kids' activities and events for partners are also available. 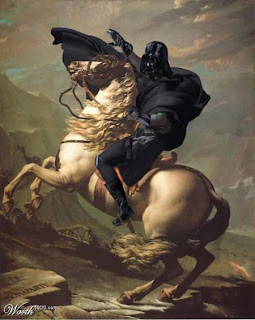 Still looking for players, from what I have heard.

Coming Sooner than you think!

Just like Southern Front, it would be good to have a nice ODMS showing. Andy Turlington (of Southern Maryland Partisans) is running it. He and his club put on some excellent games at the Muster, and this will be the last Fall In at Gettysburg.

It would be great to have a dozen ODMS guys there, all running games, having a good time, supporting one of the best regional cons in the country, promoting Williamsburg Muster, and drinking beer. 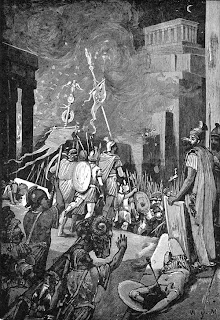 Upcoming - Warhammer Ancient Battles slug-a-thon at the Hangar. Featuring the unstoppable Carthaginian Horde of Paul Crouch vs. all comers.

Friends of the Republic! Listen to me while I tell you that Carthage must be Destroyed!

I know I (ed.) will personally be there to defend the virtues of Rome and her Republic! There could be room for commanders on both sides, as well as a host of barbarian allies (numidians? gauls? spaniards?).

Other than Paul's spendid collection, Brian and I have romans out the wazoo (a technical term). Hopefully Action Dan can play (with his many barbarians). There might even be newly painted miniatures on the table. I think that Jim has Romans as well - which is good because Paul's North African Bruhaha (read: his Carthaginian Army) is quite sizable.

This game will be announced soon, but start thinking about mustering your courage to command 28mm figures in a large ODMS Punic War toy soldier fest! 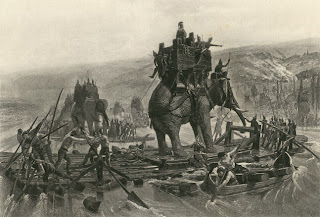 "A Knight in August" - DBA mini campaign - Medieval Baltic powers. Organized by Zama. This will be a 15mm campaign, done in one night, with armies from Zama and others. If you have a mid-to-late medieval army, bring it. It could be worked in. Write a question to the mailing list if you want to know more.

For some inspiration - here is a link to a good history of the Teutonic Order from founding to Prussian Crusade. 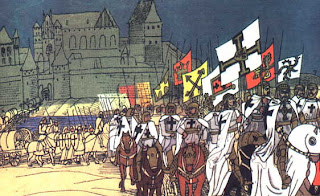 There is also an excellent review of a similar DBA event online that was held by the WADBAG guys, called the Baltic Crusades. 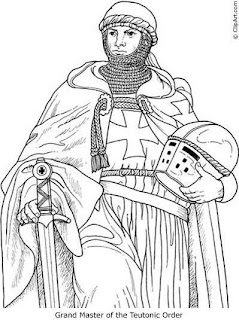 One of the most famous battles of the era is known by several names. Most Western sources know it as the first battle of Tannenburg (1410AD). It is known to the Poles as the battle of Grunwald, and to the Lithuanians as the battle of Zaligris. The Teutonic Order was (sadly) defeated, which laid the path to Polish and Lithuanian independence. About a century later the grandmaster of the Order converted to Lutheranism, and the order ceased being a Crusading entity.

The battle inspired a fantastic painting in 1878, by Jan Matejko of Poland. A nice version of it is online, with a fantastic closeup of detail showing Grandmaster Ulrich von Jungingen.

Finally, a nice video of the battle exists in four parts on YouTube (in Polish but with English subtitles).

Part 2 shows the stratagems talk with the commanders (showing their secret plans - wolftraps vs. hiding in the woods), and the delivery of threats by the German Knights to the Polish command.

Part 3 shows some good action starting with the charge of the light horse (Lithuanians - practically a Mongol Horde, ala Krigbaum) against the German Foot. Pathetic. Then the Teutonic Knights come back at em.

Part 4 ends the battle with some good fight scenes. Knights on foot fighting over the Polish banner...Teutonic Knights charging in wedge. Cool stuff. 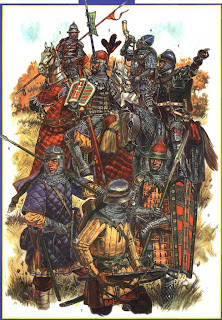 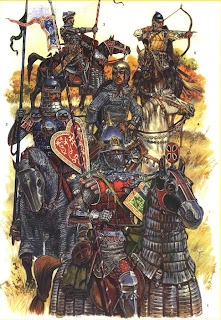 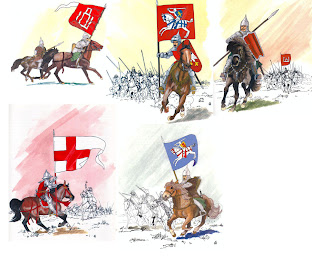 Anyway the event should be a great time. Come and play.

Many ODMS guys were at Historicon 2009 - a great time. Next year Historicon will be at the Baltimore Convention Center, instead of at the Lancaster Host Resort. What do you think? (Comment below or on the email list)
Newer Posts Older Posts Home
Subscribe to: Posts (Atom)